Prof. Nikolay Rainov was awarded the title of Honorary citizen of his native Lovech

By admin
Posted September 8, 2020
In News
Prof. Nikolay Rainov was awarded the title of Honorary citizen of his native Lovech2020-09-082020-09-08https://cardiacinstitute.bg/wp-content/uploads/2018/05/bci_logo_en.pngБългарски Кардиологичен Институтhttps://cardiacinstitute.bg/wp-content/uploads/2018/05/bci_logo_en.png200px200px
0

On the Bulgarian Unification Day, the mayor of the municipality of Lovech, Mrs. Cornelia Marinova, solemnly awarded honorary titles and signs of the city. The event opened with a military ceremony with a guard of honor and the raising of the national flag. Prof. Raynov, beloved by the patients Chief Clinical and Scientific Consultant of the Department of Neurosurgery of the University Hospital “Heart and Brain” Pleven, was awarded the title of Honorary Citizen of Lovech.

“40 years ago, I would have never imagined that I would stand here today, among such honorable people. I would like to join the expression of gratitude and appreciation. Wherever I work in the world, I have always considered myself a person belonging to Lovech, and I will remain with you in the future”, said the famous neurosurgeon Prof. Dr. Nikolay Rainov. 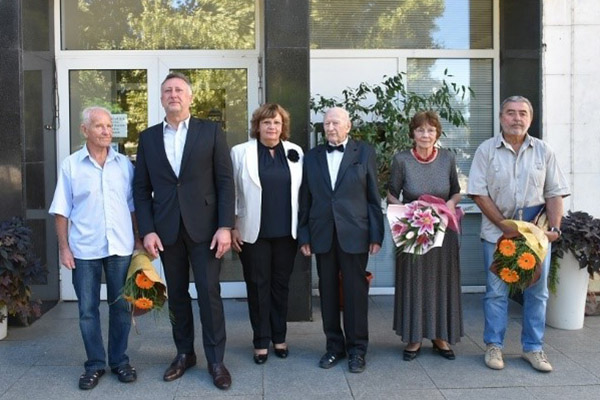 Prof. Nikolay Rainov was awarded the title of Honorary citizen of his native Lovech